A giant continued thanks to Dringend for sponsoring this week's bites!

Dringend is an app for iPhone and iPad that allows us to create, develop, and even run our apps right on our iOS devices. We've all dreamed about Xcode for iOS, and turns out it's already here, with Dringend. Let's take a look:

Dringend lets us build and run our apps directly on our iOS devices. We can see warnings/errors during builds, then run the app right on the same device we're editing its code on!

Dringend works with standard Objective-C and Swift Xcode projects. We can browse them, open files, and edit them. Just like in Xcode on the Mac. Let's step back a second to appreciate how cool this is. We've opened our Xcode project, built it, and run it, all on our iOS device! 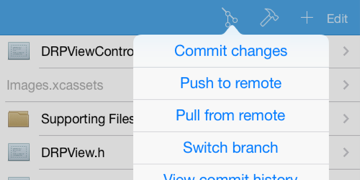 Last but certainly not least, Dringend has a full-featured code editor with syntax highlighting for Swift + Objective-C, full find/replace support, and even project-wide file search with regex support!

Dringend is being actively developed, with features like Storyboard support coming down the pipeline now. Working on Xcode projects on iOS like this simply feels like magic 🎩. Dringend is an amazing piece of software. Get it.